Canada Curling Stone Co. is excited to become the newest distributor for “The BOSS” Ice Scraper. A 24 volt DC-Hydrostatic Scraper which is second to none in the world! Designed with the ice technician in mind, “The BOSS” has a considerably longer run time than the competition enabling you to handle more sheets with ease. A state of the art 3 stage charging system which ensures long battery life and at 10 amps per battery you’re back at work in no time.

Serviceability was also an important part of the design as all components are easily accessible. The blade is lifted and swung with 24 volt linear actuators all controlled with a push of a button from the rear of the machine. The zero lash blade tilt adjustment makes adjusting your blades a breeze. After hundreds of hours of testing, “The BOSS” made its debut at the 2002 Scott Tournament of Hearts and has since been used at all major events across Canada, The USA and the World. 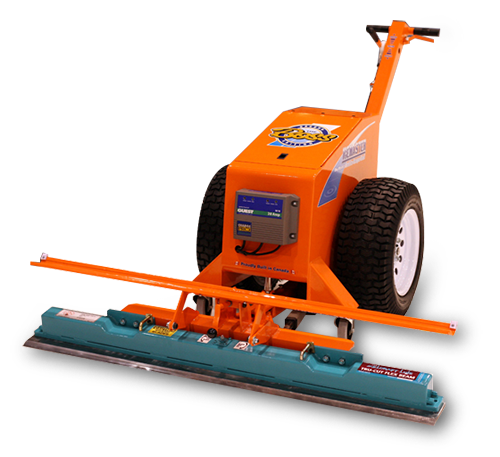 A 60” pre-stress, pre-loaded support beam with an inlaid 01 tool steel knife makes this blade extremely stable. A low cutting angle provides better shear with less wear at the cutting edge giving you a blade with a longer cutting life between sharpenings and easier to hone. Should you ever have the need to raise or lower the ends of your blade this feature is built right into the beam’s design.

Exclusively from Canada Curling Stone Co., The Nipper is a manual pebble nipping machine that was designed to make preparation time befor games quicker and easier.

The Nipper was created as an alternative to “rocking” stones up and down a sheet of ice. Instead of smashing the high tops of your pebble which occurs during “rocking” The Nipper cleanly cuts the pebble giving you a more level pebble surface for your stones to run on.

The Nipper is available in a three-blade 60-inch machine and a four-blade 80-inch machine. Mop attachments for both sizes of Nippers are also available. 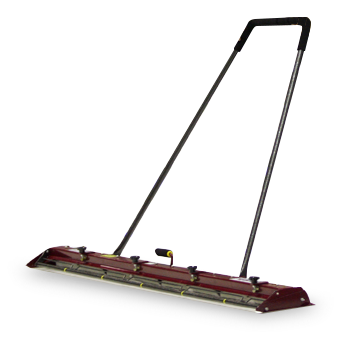